Last year The Babadook showed that a good scare might be just what the local film industry needs, and The Pack is a very good scare indeed. Shot to the south of Adelaide and produced by own very own Kojo, aficionados of the horror genre won’t want to miss this. A family is isolated on their farm when all kinds of canine hell breaks loose. This brooding atmospheric thriller will have you looking sideways at Fido for weeks to come.
Director: Nick Robertson: Screenwriter: Evan Randall Green: Producer: Kent Smith, Michael Robertson: Cast: Jack Campbell, Anna Lise Phillips, Katie Moore, Hamish Phillips
Screening at the Port Noarlunga Arts Centre supported by the City of Onkaparinga. Director Nick Robertson & Producer Kent Smith will be in attendance
Doors at 7pm 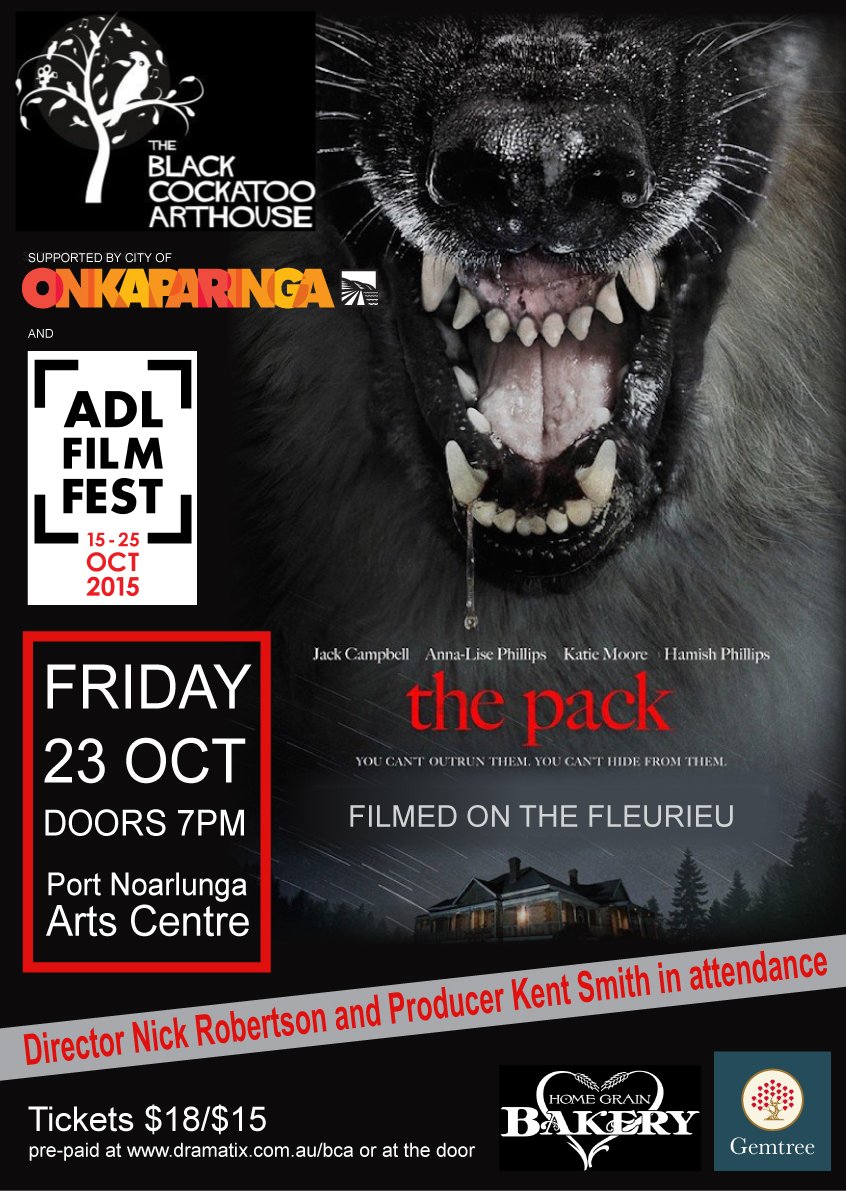 Posted by The Black Cockatoo Arthouse at 5:02 PM

Thanks for this post regarding this Adelaide Film Festival screening. I was present in this show and enjoyed a lot there with my friends. We all have desire to attend more shows like this one at domestic New York venues.

The Adelaide Film Festival was one of the more celebrated events, and almost everyone I know from the self-storage industry has been talking about it. The Pack was one good horror movie. It was a very good scare indeed that it gave my wife some short-lived nightmares at home.