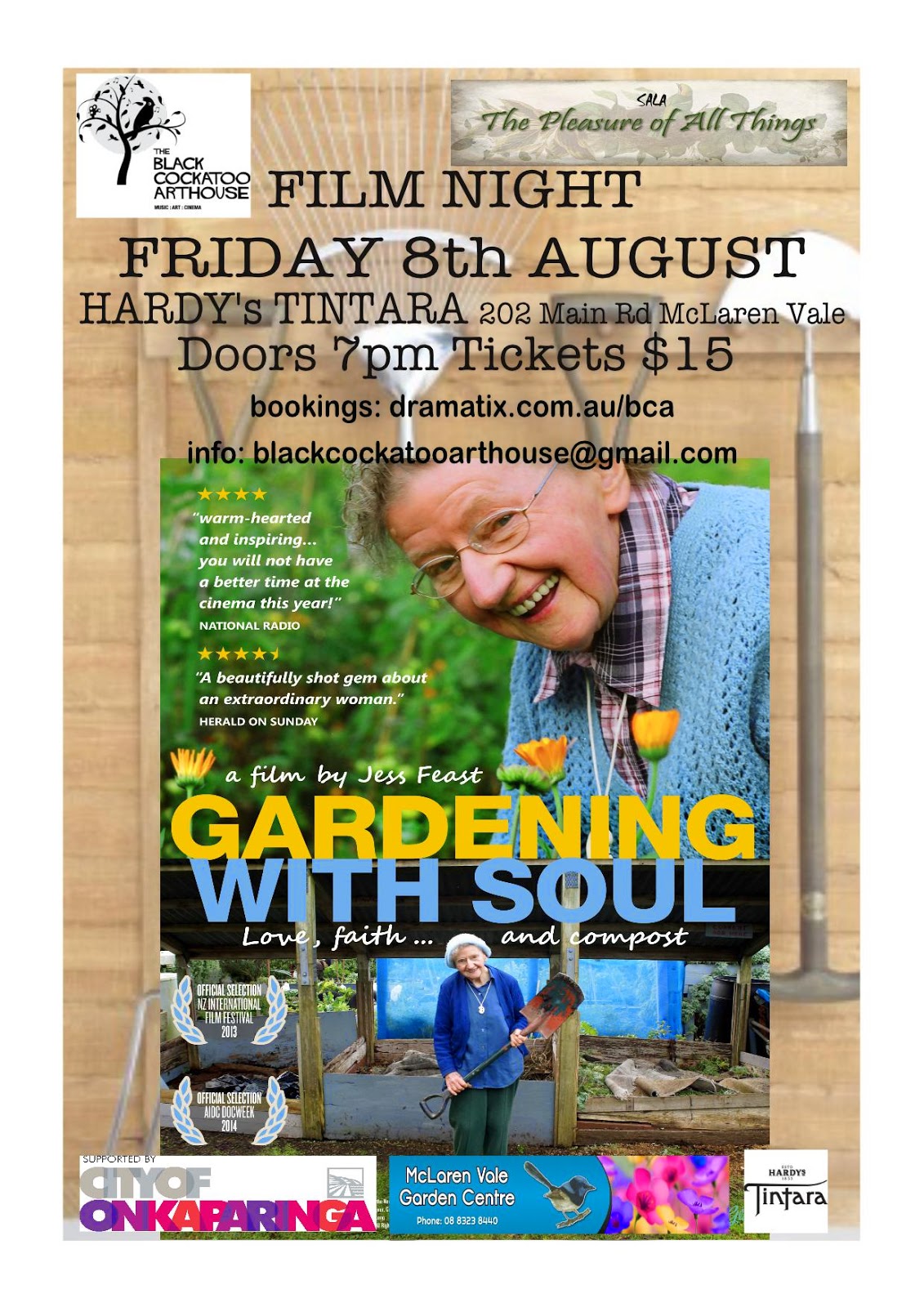 As part of  ‘The Pleasure of All Things’ SALA event, the The Black Cockatoo Arthouse presents on Friday 8th August:
GARDENING WITH SOUL – Love, faith and compost

Venue: Hardy’s Tintara Winery,
202 Main Road, McLaren Vale
Doors: open 7pm
Tickets: $15
BOOK TICKETS HERE
Trailer: click here
Sister Loyola is one of the liveliest nonagenarians you could ever meet.
As the main gardener at the Home of Compassion in Island Bay, Wellington, her daily tasks include heavy lifting alongside vigorous spade and wheelbarrow work, which she sometimes performs on crutches. Loyola and the other Sisters of Compassion follow the vision of Mother Aubert to ‘meet the needs of the oppressed and powerless in their communities’.
Filmmaker Jess Feast (Cowboys and Communists) has been following Sister Loyola over the last year, charting her journey through the seasons which included her 90th birthday. Through her garden, we begin to understand Loyola’s commitment to nurture all living things, especially those which ‘don’t get a good start’. From her early work as a nurse with sick or stillborn babies, to her role as a nun raising children with disabilities, we see Loyola’s incredible energy and faith in her God to carry her through the difficult times.

The lively, beautifully shot documentary (edited by Annie Collins) is filmed almost entirely in this small community on the southern coast of Wellington. With music by local musician David Long, and full of the sea- and garden-scapes that have informed Loyola’s life, Gardening with Soul uncovers a local legend and her community for the wider world. It is a conceptual triumph for Feast. Any belief we might harbour that becoming a nun is avoiding the real world is turned firmly on its head as we witness this extraordinary soul steer a sharp course through all weathers, trying to shine love on everything she sees.
-Jo Randerson (NZ International Film Festival)

Posted by The Black Cockatoo Arthouse at 8:17 PM